A creation with Barbara Reiter philosopher

In Berlin the work is dedicated to the Human Rights and their relationships to German Humanist, poet and writer Heinrich Heine. His work is a starting point for the station‘s design. The Human rights are seen through Heine‘s point of view. The texts use typographical styles which were rejected by the Nazis. The colors of the very large shapes and forms are Bauhaus‘ ones. Quotes of murdered people are written by hand on the walls. 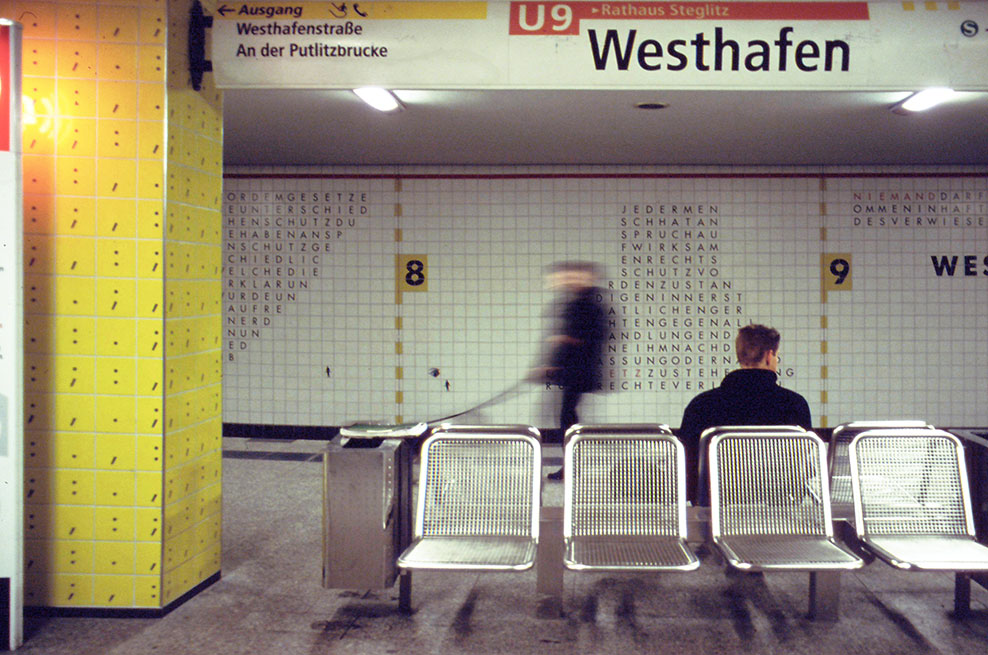 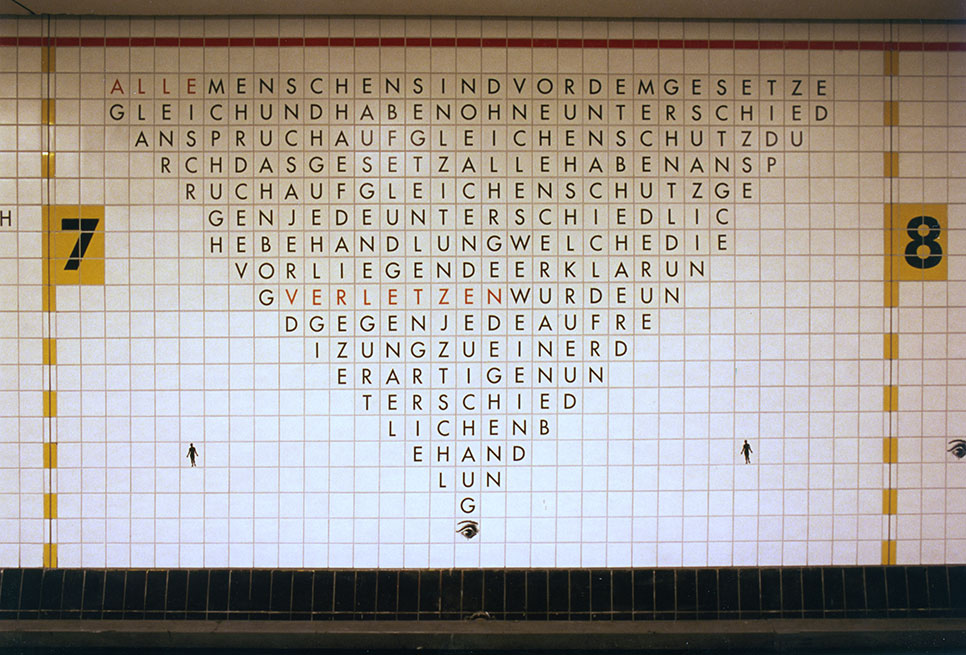 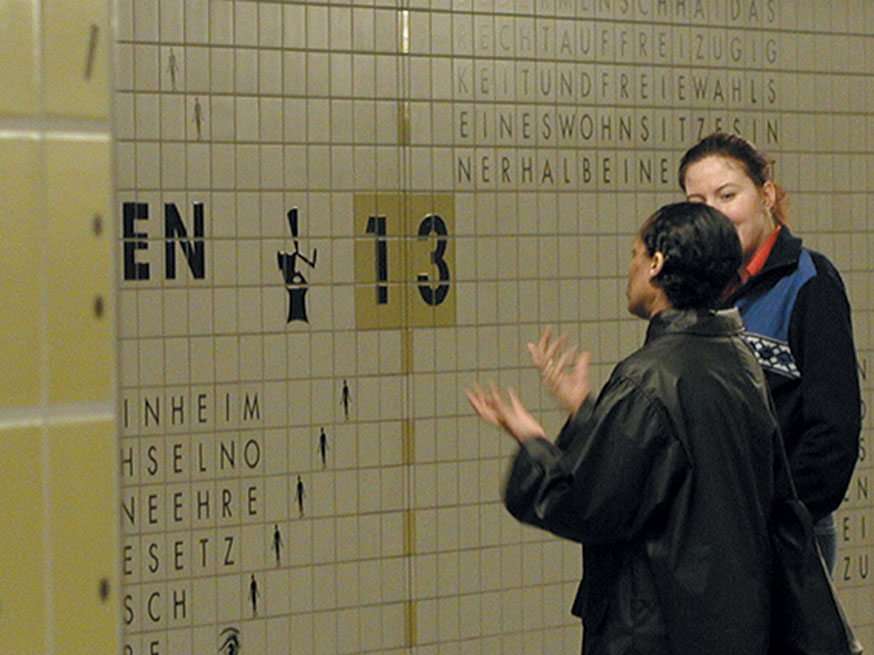 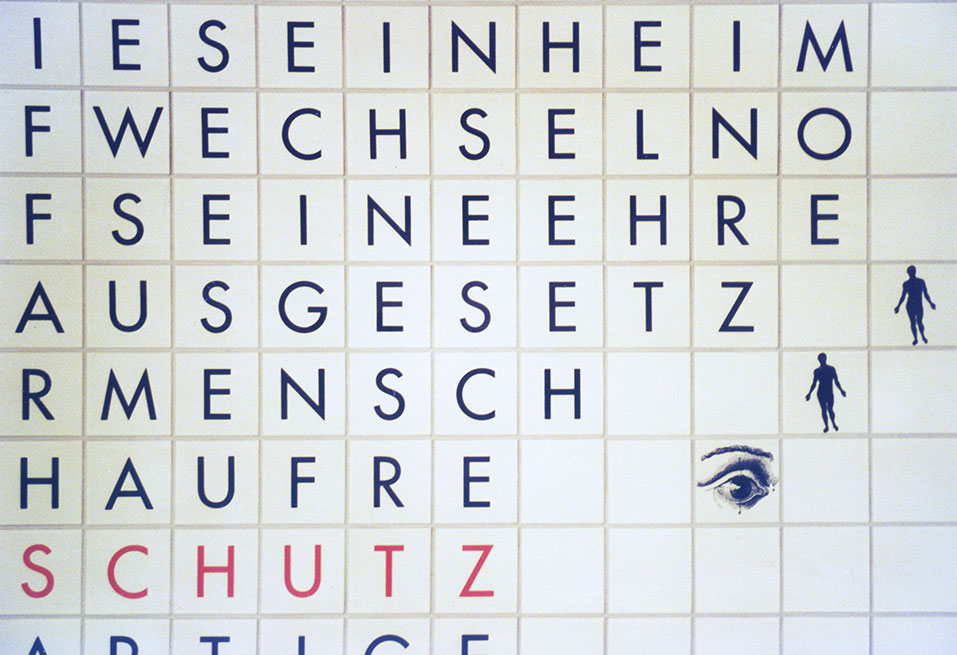 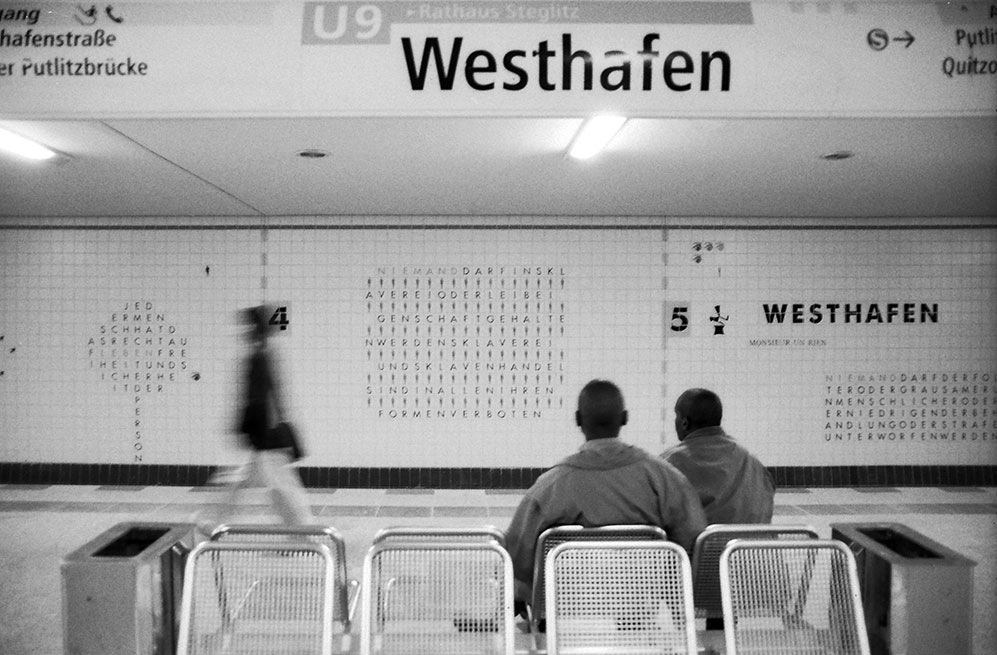 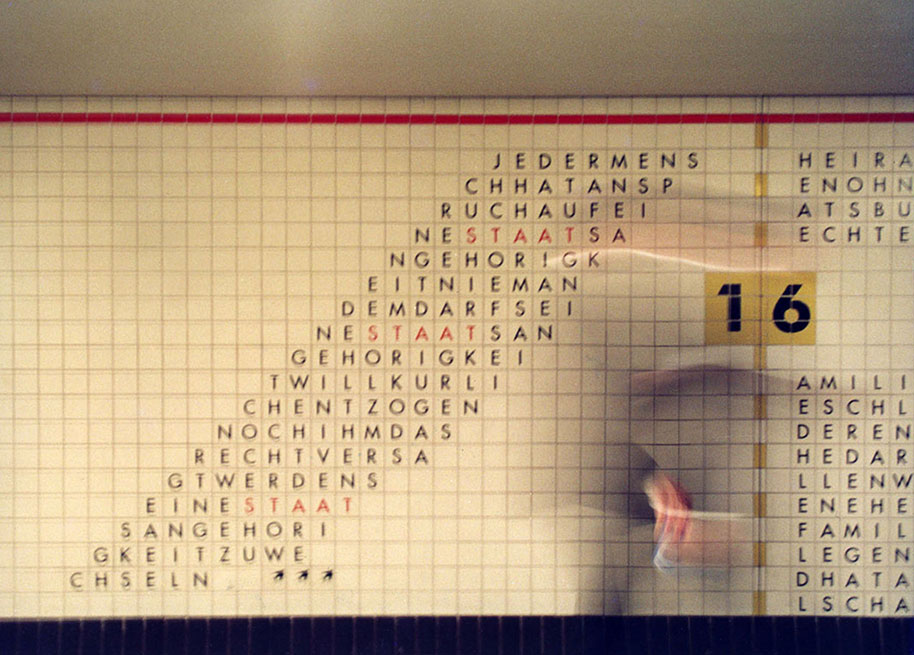 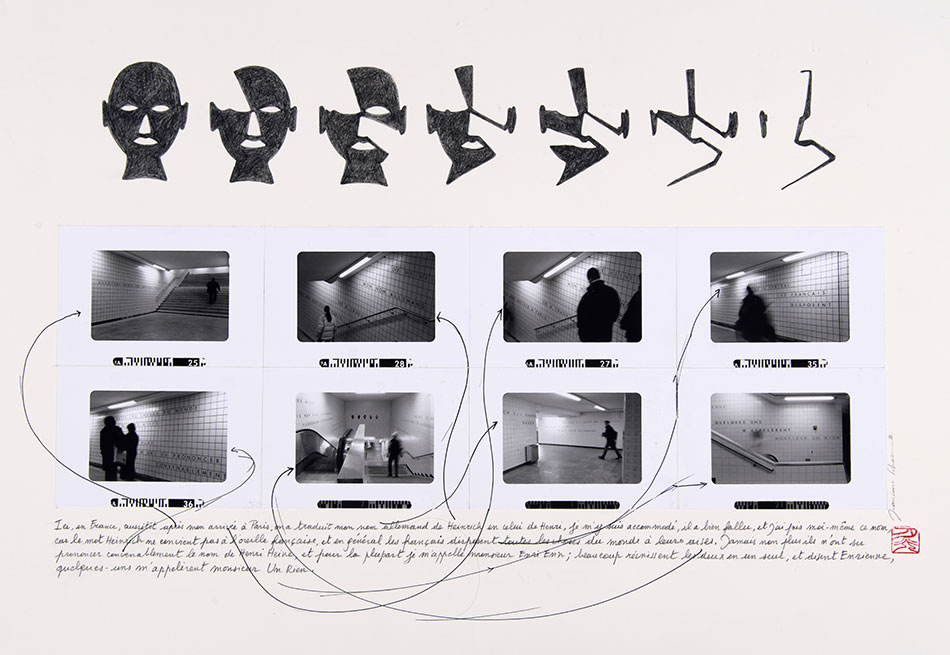 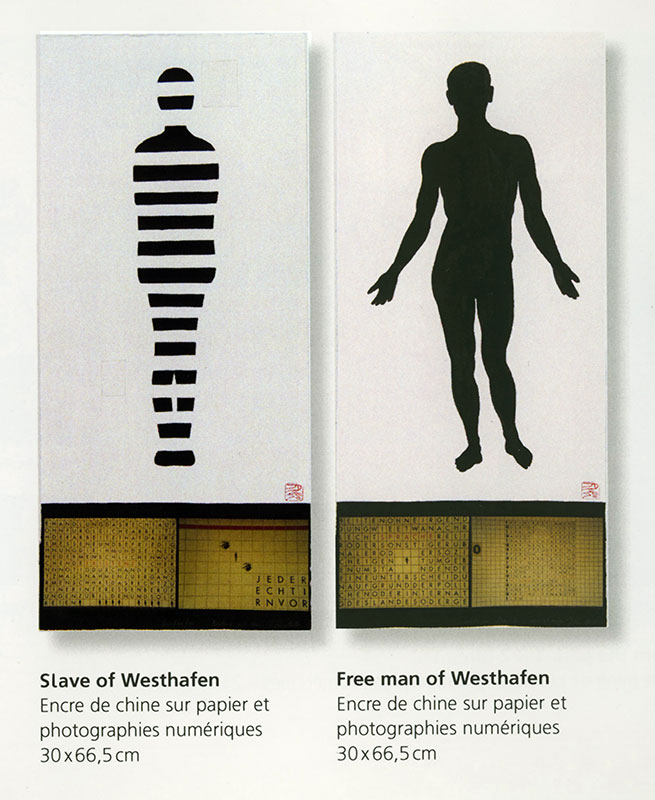 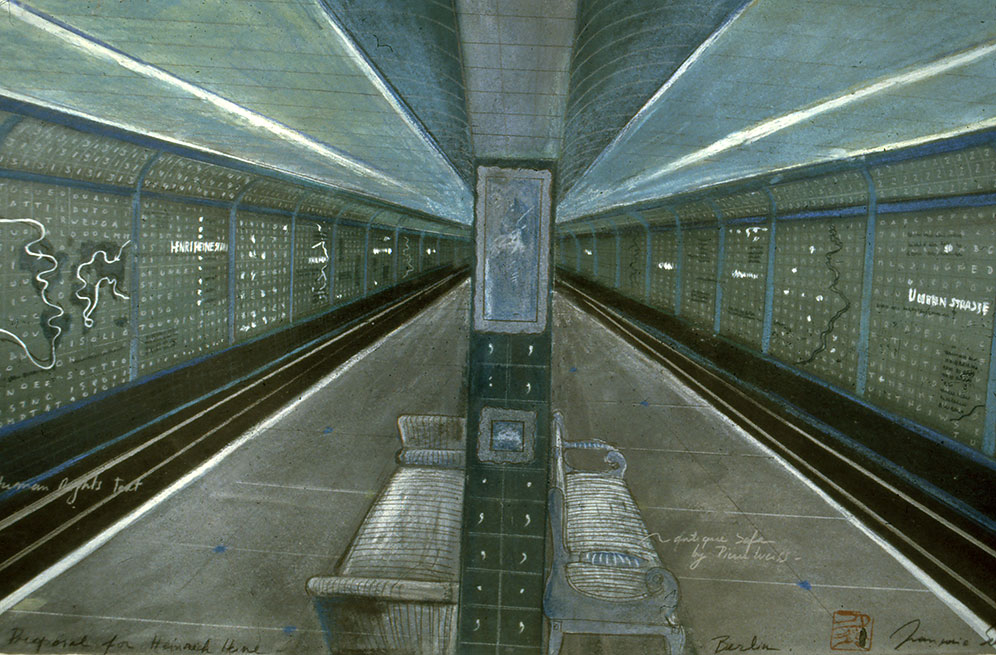