Pluie sur les frontières
Borders are the scars of history

The zig-zag stripe represents the borders in the world and the one between Israël and Palestine. The wall is dedicated to Peace, which remains the most important theme in the region. The text of the project « Rain on Borders » is a poem by Michel Butor written in 1985. It appears in french, Arabic and Hebrew.  At the time of this artpiece consruction, in 1992, Arafat and Rabin were signing the first Peace Treaty. 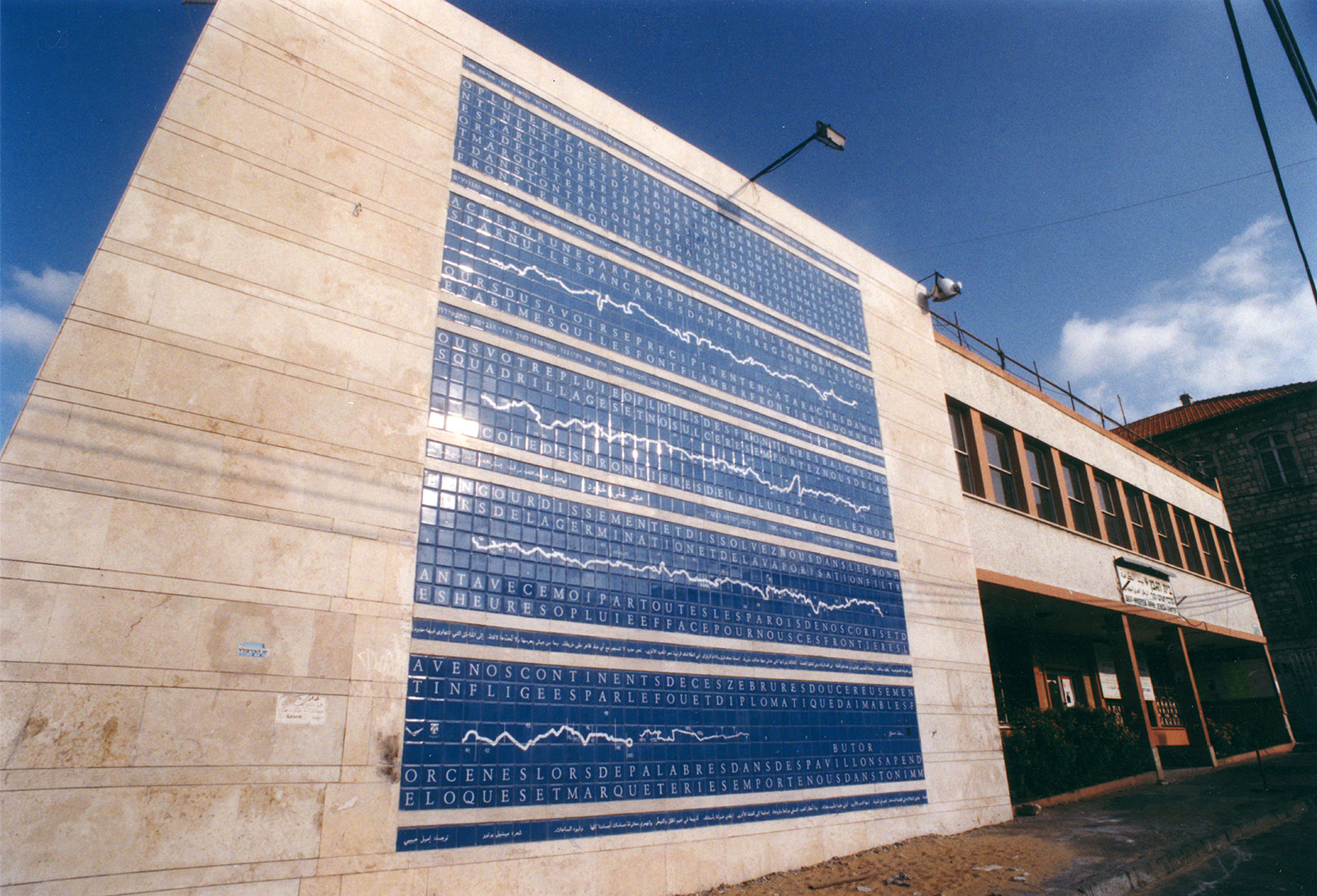 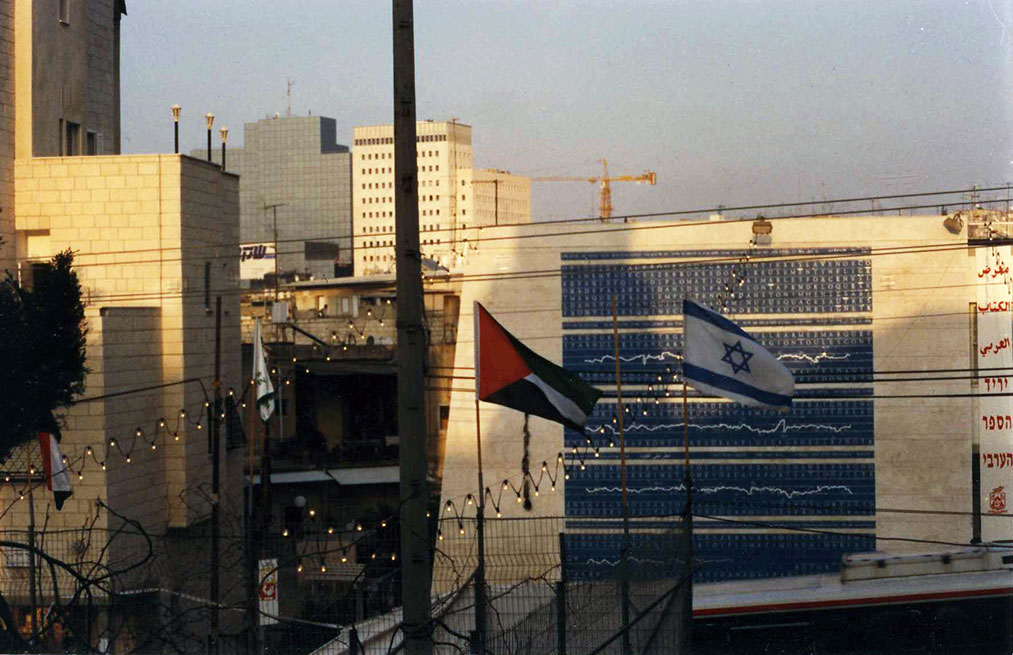 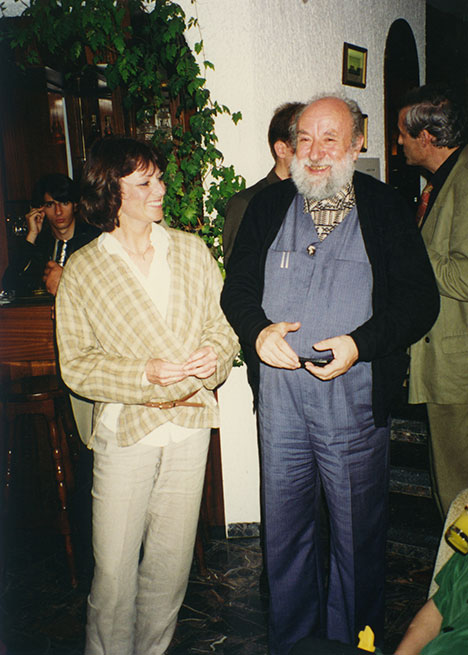 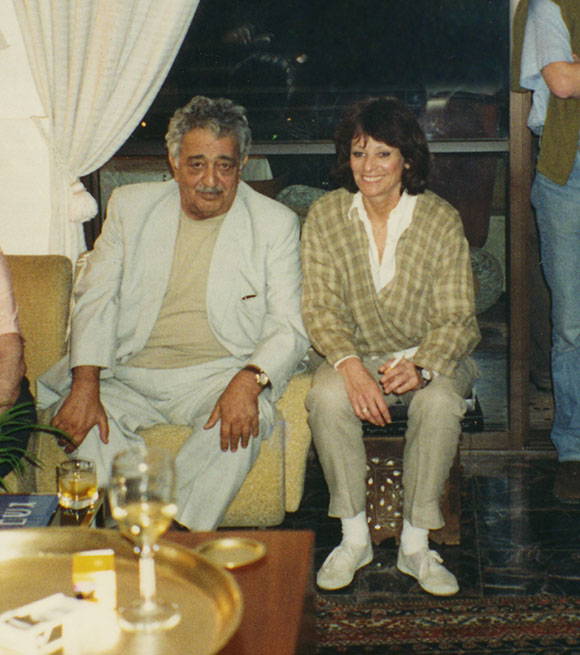